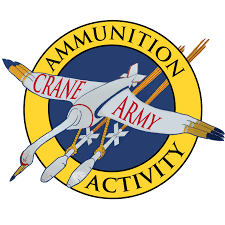 CRANE – The Army’s rollout of an overarching 15-year, $16 billion modernization plan for its organic industrial base includes many flagship investments into the state of the art military construction projects similar to Crane Army Ammunition Activity’s recently completed receiving and plating facilities. But modernization at Crane Army, one of the 23 depots, arsenals, and ammunition plants within Joint Munitions Command, is also taking place with vital continuous and incremental changes that will deeply impact its ability to remain a relevant key supplier of conventional munitions for the U.S. military.

Crane Army’s modernization efforts have expanded across all directorates and the activity recently made strides with updated inspection technology in its 72,000 square foot machining center. An investment in new Keyence Image Dimension Measurement Systems allows CAAA’s machined parts inspectors the tools they need to produce quality munitions for their customers by streamlining the time and effort necessary to measure and examine metal parts and other components while also increasing accuracy.

“We currently have several IM Series Keyence machines on the production floor to help with or replace traditional, handheld gaging,” Tim Earl, a CAAA machine shop planner, said. “The benefits of these machines are to precisely inspect dimensions by imaging the part versus hand feel/ hand control functional gaging. The cost benefits for these machines are a reduction in scrap and time. These machines are also mobile and can be placed in any of our production settings.”

“The machines complement our skilled inspection staff and help us keep a competitive edge regarding cost and schedule, reducing the manhour requirement per part with an increase in quality,” Harris said.

Supervisory Quality Assurance Specialist Pam Morrison explained that when existing equipment is not kept up to date it can degrade mission readiness by affecting the ability of CAAA workers to keep up with the demands of customers and expand the range of production capabilities.

“Machined parts inspectors work so hard to try and balance each commodity asking for their parts over the others or over their own programs,” Morrison said. “The new equipment is a time saver allowing them to complete inspections on more components in a shorter amount of time. It also allows us to seek workload we may have not been able to get before.”

While old equipment required significant time and effort, a simplified operating system gives employees the ability to manage more projects more easily and allocate more time to focus on other critical components of their inspection process.

“A traditional coordinate measuring machine takes specialized training, hours to write the program, and can only inspect a single part at a time,” Cotey Noble, a quality assurance specialist intern with CAAA, said. “The new visual measuring machine’s program can be created with minimal training—a few clicks of a mouse—and can check multiple parts at once.”

The system also improves accuracy. Where the former system relied heavily on the operator’s judgment, the new equipment automatically measures every item and eliminates operator error, making measurements more consistent. But this automated improvement also enables the human operator to become even more skilled at their trade.

“With these new pieces of equipment, we can reliably move products through our inspection process quicker, better, and safer while utilizing less equipment,” Noble said. “Operators can now be more proactive on changes with their machines instead of reactive. They can better see subtle changes in the parts and compensate the machines and better track tool life.”

Constantly seeking out iterative improvements to processes like the Keyence Image Dimension Measurement System while enabling employees to hone their craft allows CAAA to ensure quality munitions to the warfighter, not just now but for decades to come.

“With the modernization of today’s military, products will need to be manufactured with higher quality standards to perform better than they ever have before,” said Noble. “With the acquisition of this new equipment, it allows CAAA to continue to stand at the forefront of providing quality munitions to our modern-day warfighters.”

Crane Army Ammunition Activity ships, stores, demilitarize, and produces conventional munitions in support of U.S. Army and Joint Force readiness. It serves as the second-largest Army ammunition depot, holding roughly a fourth of the U.S. Department of Defense’s conventional munitions. CAAA is a subordinate command of the Joint Munitions Command and the U.S. Army Materiel Command, which comprise arsenals, depots, activities, and ammunition plants. Established in October 1977, it is located on Naval Support Activity Crane.