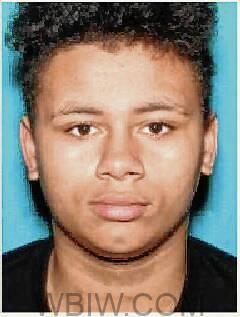 COLUMBUS — A Columbus man has been sentenced to 67 years in prison for the brutal 2020 slaying of his great aunt, who authorities say bailed him out of jail a day before her death.

Bobby N. Truitt II, 20, will serve the time with the Indiana Department of Correction, with no time suspended, for the brutal murder and assault of 64-year-old Sharon Lovins.

The Waynesville woman was killed on Sept. 27, 2020, inside her home, investigators said.

Truitt was originally charged with rape as a Level 1 felony, but in a plea agreement, he pleaded guilty to a lesser charge of abuse of a corpse as a Level 6 felony. As part of the agreement, a third felony charge of auto theft was dropped.

Bartholomew Superior Court 1 Judge James Worton handed down a 65-year sentence for murder – the maximum allowed by Indiana law – and two additional years for abuse, which was six months short of the state maximum. Judge Worton refused to accept Truitt’s rough childhood as a mitigating factor in his sentencing.

“She was beaten to death with a hammer by someone whom she loved and cared for,” Judge Worton said during the hearing. “We’ll probably never know why.”

No motive was given by the defendant in the statement he read in his own defense. Instead, Truitt described the woman he killed as a great person who did so much to help him.

Probable cause affidavits written by investigators portrayed the victim as a kind-hearted woman. Prior to the murder, Lovins had bailed her great-nephew out of jail in Franklin, gave him a ride back to Columbus, and offered to let him stay temporarily with her.

After killing Lovins, Truitt told investigators he took her 1995 Ford Explorer and drove it to Indianapolis, where surveillance equipment showed him inquiring about buying a bus ticket to New York City, according to court documents.

Two days after the murder, Truitt was arrested after being found on an Indianapolis street among a group of panhandling homeless people and was arrested and returned to Bartholomew County, the affidavit states.