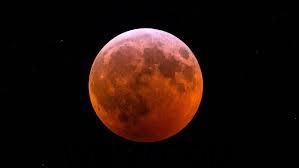 INDIANA – An upcoming total lunar eclipse that will appear to turn the moon red will be easily visible by more than half of the people on Earth.

According to space.com, the Flower Moon will be eclipsed when it enters the Earth’s shadow, and the eclipse will be visible from the majority of America and Antarctica, as well as the western reaches of Europe and Africa and the eastern side of the Pacific. Elsewhere on Earth, viewers will see a partial eclipse.

The moon will appear to take on a reddish color. The red color comes from sunlight being refracted around the Earth. The light waves are stretched, making the moon appear red when the light hits it.

The eclipse will begin late evening on May 15 and continue into the next morning. It will be a total eclipse, meaning the entire moon enters the darkest part of Earth’s shadow.

A total lunar eclipse occurs when the moon and the sun are on exact opposite sides of Earth, and although the moon is in Earth’s shadow, some sunlight still reaches it.