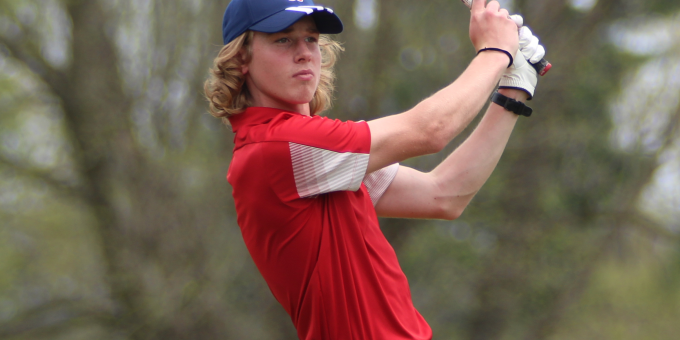 BLOOMINGTON – Bedford North Lawrence’s Trevin Hutchinson carded an even-par 35 while powering the Stars to wins over Brownstown and Edgewood during Thursday’s boys high school golf action on the front nine of Cascades.

BNL posted a team total of 155 to conquer the Braves (176) and Mustangs (183) on the course that will host the IHSAA sectional.

Hutchinson had birdies on the par-4 second and sixth holes to offset bogeys on the third and ninth. He had five one-putt greens.

“That was a great score in the rain tonight,” BNL coach Jeff Hein said. “The course was really wet and it rained most of the match, but our kids did a great job in not-so-ideal conditions. It was nice to see all six between 35-43.

“We visit the same course in the 15-team Bloomington North Invitational. Playing the Cascades in three straight matches should help us become more familiar with the course since it is our sectional course. I’m happy to see our kids play the course well.”

BNL will compete in the North Invitational on Saturday.