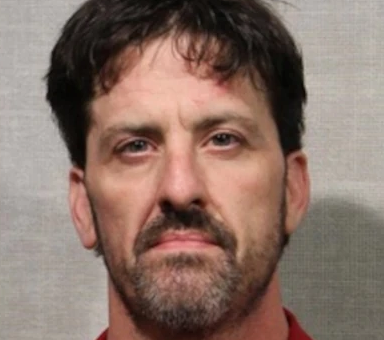 When Helton observed patrol officers, he attempted to evade arrest. Additional Officers arrived at the scene and were able to take Helton into custody. Patrol Officers then saw that Helton had severe burns to the lower part of his body. Jackson County EMS responded to the scene and treated Helton. Due to the severity of the burns, Helton was ultimately airlifted to St. Vincent Hospital in Indianapolis.

The Seymour Fire Department responded to the scene to extinguish the fire. Once the fire was extinguished, fire department personnel advised that the fire was suspicious in nature.

Investigators with the Seymour Police Department then obtained a Jackson Superior Court 1 Search Warrant to process the fire scene. The Indiana State Fire Marshall’s Office was also contacted and responded to the scene to assist. Evidence was collected from the scene and would later be taken to the Indiana State Police Lab for further examination.

On May 2, 2022, Investigators with the Seymour Police Department traveled to Indianapolis and arrested Helton on 2 Jackson Circuit Court Arrest Warrants for stalking, a level 5 felony; arson, a level 4 felony, and two counts of resisitng law enforcement, both class A misdemeanors.

Helton was transported to the Jackson County Jail where he was remanded into the custody of the Jail Division.