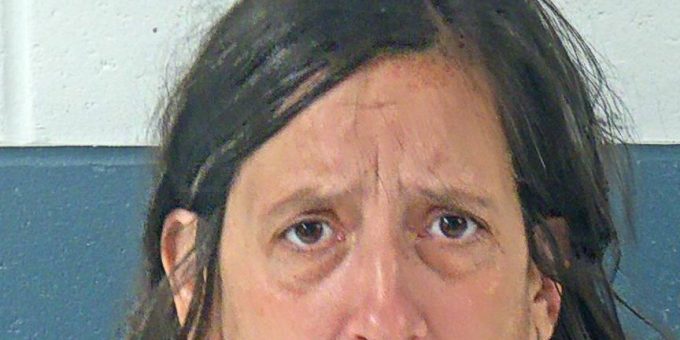 BEDFORD – A Bedford woman was arrested Monday when Bedford Police officers were called to 2111 H Street after a report of a woman violating a protective order.

When Police arrived they walked around the exterior of the home to ensure no one was outside of the property. Another officer knocked on the front door.

On the front porch the officer found a lit cigarette, shoes and an empty bottle of Fireball whiskey.

No one answered the door so the officer checked and found the door unsecured. They opened the door and announced their presence. Dispatch was on the phone with the homeowner who gave police permission to enter the home.

The caller said her granddaughter should be at the home. In an upstairs bedroom police found the granddaughter and 44-year-old Shannon Rishforth.

There was a protective order in place preventing Rishforth from being at the home.

Rishforth told police she was at the home to check on the child.

The child told police she was upstairs in her bedroom when Rishforth came to the door and began screaming her name so she locked the front door. Rishforth then entered the home through the back door which was unlocked.

The child told police, she did not let Rishforth into the house.

The child said Rishforth came upstairs got on the child’s bed and went to sleep.

Rishforth was escorted out of the home and detained.

Rishforth was arrested on charges of residential entry, and invasion of privacy.

While being transported to jail Rishforth became argumentative and defecated on herself.