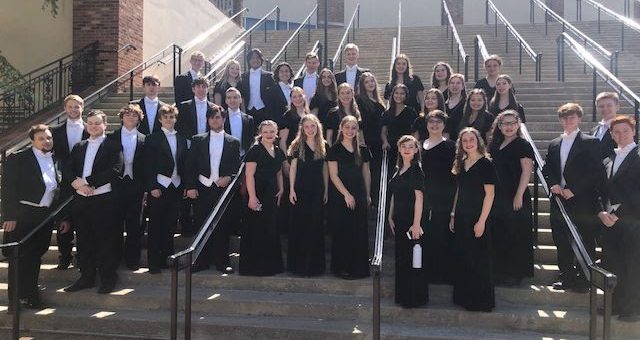 BLOOMINGTON – Congratulations to the Sounds of South who recently returned from Nashville, TN where the advanced choir swept the competition as Grand Champions in the World Strides Music Festival.

They competed against several choirs from all over the country and won the Top award- Gold 1st place and also won the Adjudicator Award.

Matthew Griffin, a senior in Sounds of South, won the Ovation Award, a special distinction, not only for his incredible performance ability but he was recognized for his perseverance and dedication as he has patiently worked through a life-changing injury he sustained during the football season. His ACL injury happened early in the season and not only put him out for the rest of the football season, hockey season, and lacrosse season, but drastically altered his capability as the lead character, Jigger, in last fall’s production of Carousel. His whole role and stage choreography had to be reimagined to account for his injury, but he insisted he would relearn the part to the best of his ability.