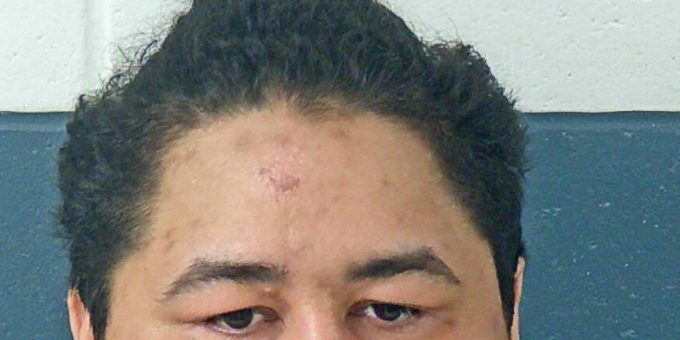 BEDFORD – A Mitchell man was arrested when a warrant was issued for his arrest after an incident on March 21, 2022.

Police arrested 30-year-old Joshua Santiago, on charges of interfering with reporting a crime, and domestic battery.

According to a probable cause affidavit on March 21, at 11:10 p.m. Bedford Police officers were called to the 2320 block of Brook Avenue after a report of a domestic fight had turned physical. When police arrived, the two people involved had left the scene in a 2009 black Honda Odyssey.

Officers were unable to locate the vehicle.

The injured female had a bloody mouth and her clothes were torn.

She told police Joshua Santiago and his wife had been staying with her, but she had sent him a text saying he and his wife needed to leave the home because the victim could no longer deal with their drug use and not working.

The woman told police she was in her room when Santiago and his wife entered and began yelling at her and began breaking things. She told Santiago she was going to call the police if he did not get out of her room.

When she tried to call 911 Santiago grabbed her shirt and ripped it while pulling her from the phone and would not let her call for help.

Santiago’s wife kept yelling at the victim and raised her hand as if to strike her. She said she attempted to defend herself and that is when Santiago grabbed her and pushed her hard making her fall and hit her face cutting her lip and causing redness and swelling to her left cheek.

After that Santiago and his wife grabbed some of their personal items and fled the scene before officers arrived.

The woman did not want to pursue charges or sign a battery affidavit against Santiago or his wife.

The woman was treated at the scene by an IU LifeLine ambulance crew but refused to be transported to the hospital.

The information was forwarded to the Lawrence County Prosecutor’s Office and a warrant was issued for Santiago’s arrest.