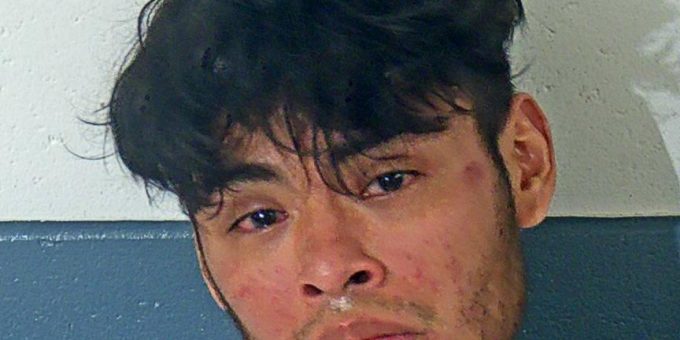 BEDFORD – A Mitchell man was arrested early this morning when Lawrence County Sheriff’s Department deputies responded to a request for an officer to Speedway gas station after a report a female was injured during a fight.

This morning at approximately 12:17 a.m. the officer arrived at the gas station to speak to the caller.

He told police he was on the phone with the female victim when 23-year-old Irvin Bustos, of Mitchell, attempted to take the phone from the female he was talking to.

At 12:35 a.m. an officer located the red Ford Explorer traveling south on State Road 37 and stopped the vehicle at the Judah exit after the driver ran a red light. The female exited the vehicle as soon as she parked.

Bustos was ordered to place his hands outside of the vehicle and was then detained.

Police say Bustos was unable to maintain balance and walk properly and believed he was intoxicated.

Police say the female had visible injuries to her face, mouth, and lips.

An ambulance was called to the scene and she was treated at the scene.

The woman said they were driving down the road with Bustos got angry and began backhanding her, causing the bruising and swelling to her face. She stated that Irvin grabbed the steering wheel multiple times and would jerk it. He then tried to open the passenger door and jump out of the moving vehicle. She said that she tried to call 911 and Bustos took her phone from her multiple times. She told the officer she went through the red light because he was beating his head off of the dash. She told the officer Bustos was slapping her, jerking the wheel, and attempting to jump out of the vehicle as she was stopping for the traffic stop.

The woman filed a battery affidavit and Bustos was detained. He was transported to IU Health Bedford Hospital to be medically cleared and transported to jail on a charge of domestic battery.