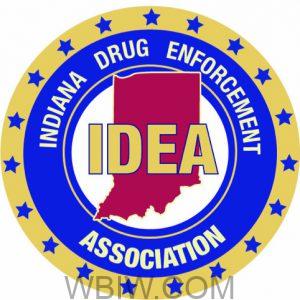 INDIANAPOLIS — Eighteen individuals from central and southern Indiana have been indicted by a federal grand jury on drug trafficking and money laundering charges.

According to the United States Attorney’s Office Southern District of Indiana, 15 of the defendants were taken into federal custody in Indianapolis, Columbus, Seymour, Terre Haute, and Detroit, Michigan on Thursday. Three defendants remain at large.

Authorities stated that to date approximately 82 pounds of methamphetamine, 1750 fentanyl pills, 35 grams of fentanyl, one kilogram of cocaine, four pounds of marijuana, and a large quantity of suspected THC gummies have been seized as part of the investigation.

“In 2021, there was over 105,000 drug overdose deaths, and obviously fentanyl played a critical role in this. Two milligrams is considered a lethal fatal dosage unit,” explains Michael Gannon, DEA Indiana Assistant Special Agent in Charge. “DEA labs that have analyzed the pills have found that four out of every ten of the pills analyzed had a potential fatal dosage in it.”

In addition to the drug seizures, authorities have seized approximately $9,000 in U.S. currency as well as nine firearms.