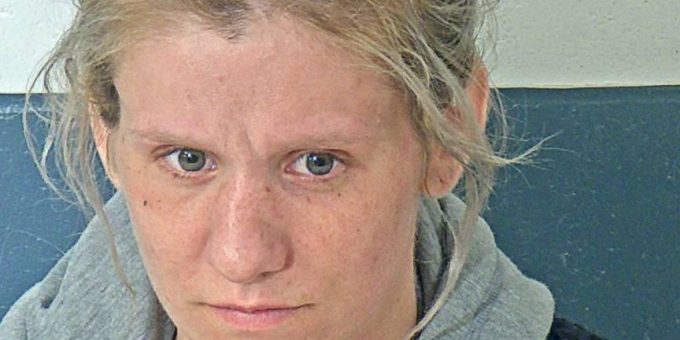 OOLITIC – An Ellettsville woman was arrested Tuesday after Oolitic Town Marshal James Harrington and his canine partner Deny Joe alerted the marshal to drugs inside the vehicle during a traffic stop at Casey’s General Store.

The driver of the vehicle 29-year-old Kayln Ridgeway, of Ellettsville, gave the marshal permission to search her vehicle. During the search, officers found nine hypodermic syringes in the passenger’s side floorboard, center console and in a pink purse. Officers also found a pink straw and an orange straw that contained meth residue along with a grey hollow BIC ink pen that was fashioned to inhale meth. A smoking device, a silver spoon with heroin residue, and a gold plastic container that contained heroin was also found.