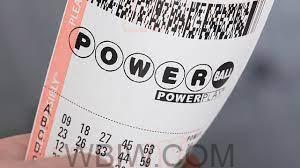 INDIANA — Someone in Indiana is holding onto a million-dollar Powerball ticket.

The Hoosier Lottery reports a Powerball ticket that matched all five white balls was sold somewhere in Indiana for Wednesday’s $473.1 million drawing. It was not immediately known where the ticket was sold.

The winning ticket is worth $1 million before taxes. According to officials whoever bought the ticket did not pay extra for the Power Play option, which would have doubled the prize amount.

Another ticket sold in Indiana matched four of five numbers, plus the Powerball, for a $50,000 prize.

According to the Powerball website, a winning jackpot ticket matching all five numbers plus the Powerball was sold in Arizona, The owner of that ticket will collect nearly a half-billion dollars before taxes.