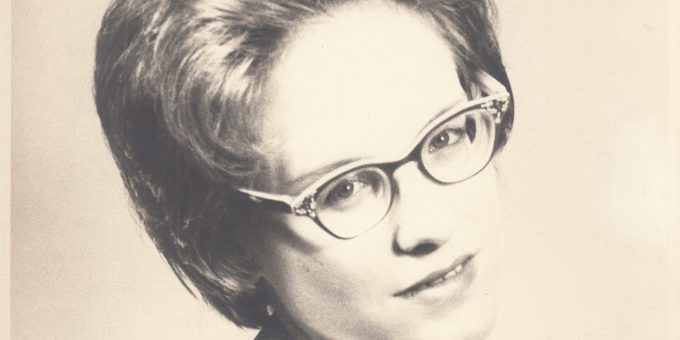 Sharon Kay Collins, 77, formerly of Benton, Arkansas, left this earth to be with her heavenly Father on April 25, 2022, while residing in Bedford, Indiana.

Born on August 16, 1944, in Kansas City, Missouri, Sharon moved to Hot Springs, Arkansas as a young child where she graduated from Hot Springs High School in 1962.

Sharon loved taking care of horses during her teenage years and later in life, taking care of people as a registered nurse. But nothing surmounted her love for her late husband, Charles “Joe” Collins, and her Lord and Savior Jesus Christ.  Sharon’s Bible was never out of reach because even though she was legally blind, she could recite many passages as these words were embedded in her heart and mind. Sharon showed her love to others by creating beautiful art quilts, crocheting stockings, and dish towels. And although she didn’t drive after 1992, each of these creations was personally selected during her many trips to the craft stores.

She was pre-deceased by her loving husband of 53 years, Charles “Joe” Collins, her parents Eugene and Frances Manatt, and both her brothers, William and Robert Manatt.

At the wishes of Sharon, there will be no services at this time. Sharon will join her husband in burial at the Arkansas State Veterans Cemetery in North Little Rock at a later date.

In lieu of flowers, the family has established an endowment fund that will continue to give to others, just as Joe and Sharon Collins have done their entire careers. Donations can be sent in memory of Sharon or Joe Collins to Lawrence County Community Foundation, PO Box 1235, Bedford, IN 47421-1235.

Ferguson-Lee Chapel of Thorne-George Family Funeral Homes in Bedford, Indiana has been entrusted with Sharon’s arrangements.
Online remembrances and condolences may be sent to the family at www.FergusonLee.com.