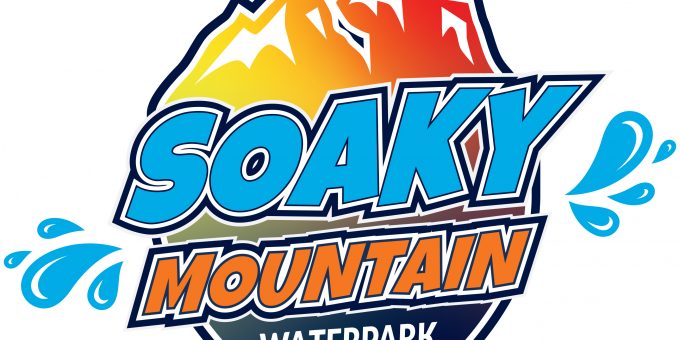 SEVIERVILLE, Tenn. – Officials for Soaky Mountain Waterpark, 175 Gists Creek Road in Sevierville, Tenn. today announced the waterpark will officially open for the 2022 season on May 14 and 15, and then daily starting May 20.

A season pass holder celebration day is planned for Friday, May 20 from 10 a.m. until 6 p.m. All pass holders who purchase a 2022 souvenir cup will receive free refills on all soda for the day.

According to Dave Andrews, general manager of Soaky Mountain Waterpark, “We are super excited for our third season. We listened to the feedback from our season pass holders and we’ve made our park even better
for 2022.

Changes include the addition of a new dueling water coaster, The Edge set to open most likely in late June.

“‘The Edge’ is going to be a showstopper!” says Andrews. It will be perched on the edge of our waterpark and will span two football fields in length. It’s fusing together WhiteWater’s Master Blaster water coaster with their iconic Boomerango. But, we are not adding just one slide, we are doubling it for a dueling thrill!”

A 70-foot tower will be home to the new slides. On it, double tubes will sit side by side, each in their own assigned lane. When the light turns green they will be propelled down a three-story mega drop that leads to the first valley of the ride. Then, they will be quickly blasted up a hill and into a section featuring a kaleidoscope of colors.

“Riders are sure to be mesmerized by the coaster’s AquaLucent rings (colorful circles) designed into the tube segments,” adds Andrews. “The distance between the rings will get closer and closer, giving riders the appearance of acceleration before they are surprised to see their competitors again as they are dropped into another heart-pounding drop.”

A second uphill blast will take riders into another enclosed tube segment, where this time they will be awed by colorful, laser-like AquaLucent stripes. These stripes will start longer, and then become shorter and shorter, giving a sense of sci-fi speed while the riders progress into a turn. When the riders shoot out of their tube, they will see not one, but two imposing Boomerango walls ahead of them, before dropping to the base of the wall, feeling extreme Gs. As the momentum takes the riders up the parallel walls, they will be able to see their competitors as they feel a sense of weightlessness before sliding back down. As a finishing touch, the riders will go over a zero-G hump to the end of the ride, the finish line is stacked with lights and effects to indicate who is the winner and who went over ‘The Edge’.

Andrews states, “The Boomerango is loved the world over, but our guests will be treated to a very special version of it that has never been done before. Our Boomerango walls are being designed to make the riders feel like they
are going off ‘The Edge’ of the coaster. It is going to be spectacular.”

Other changes in the waterpark will include an expanded Tacolicious food truck; a new PHILLY UP! cheesesteak food truck; two new deck spaces with 1,000 new seats; and the addition of four more clamshell cabanas, three cabanas, and five two-story cabanas.

If that’s not enough, there is also Boomers Bay, a super fun kid activity pool area with smaller versions of the adult-size towering slides including Lil’ Rattlers and Mini Mayhem so kids can experience the thrills and chills of the waterpark on their level; an adventure pool with a water obstacle course; a 3,800 square foot flat-water cabana pool for relaxing poolside; and Hang 10essee, a double FlowRider®️ surfing simulator.

In addition to the Avalaunch watercoaster, there are other massive slides including two five-person raft rides; a tubing tower with five flumes; two high-intensity body slides; and a four-lane, head-first mat racing challenge to satisfy everyone’s racing desires. Some of the slides feature translucent tubes which create a swirling array of light effects and others are themed in colors like Rainbow’s Revenge which features all of the colors of the rainbow and the American Racer’s Rush which features red, white, and blue stars and stripes.

Season admission passes are on sale now through April 30 for $109.99 and include one guest’s daily admission ticket. Starting May 1 they will be $119.99. Daily admission tickets are $47.99 (if purchased online) for anyone above 42 inches and $39.99 for anyone under 42 inches. Children ages three and up require a ticket. The waterpark will be open through Labor Day and then on weekends in September (weather permitting). Wilderness at the Smokies guests can purchase a discounted daily admission ticket for $19.99.