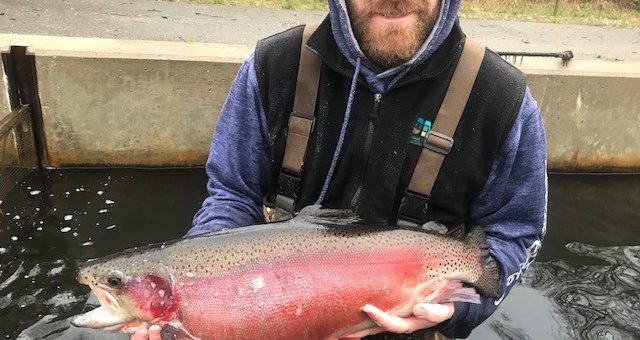 INDIANA – Nearly 22,000 trout are being stocked by the DNR Division of Fish & Wildlife in 16 different streams across Indiana for inland trout season, which starts at 6 a.m. local time on Saturday, April 30.

To find a stocked stream near you, see the second page of the trout stocking plan at bit.ly/36XmSgi.

One body of water that is absent from this year’s April stocking list is the tailwater of Brookville Lake in Franklin County. Scheduled maintenance by the U.S. Army Corps of Engineers is delaying rainbow trout stockings there until fall.

The bag limit for trout in inland waters, other than Lake Michigan and its tributaries, is five per day with a minimum size of 7 inches. No more than one of these can be a brown trout. Additionally, any harvested brown trout caught below the Brookville tailwater must be 18 inches or larger. There is no closed season for taking trout from inland lakes.

To fish for trout, anglers 18 and older need an Indiana fishing license and a trout/salmon stamp. Both can be bought at on.IN.gov/INhuntfish.