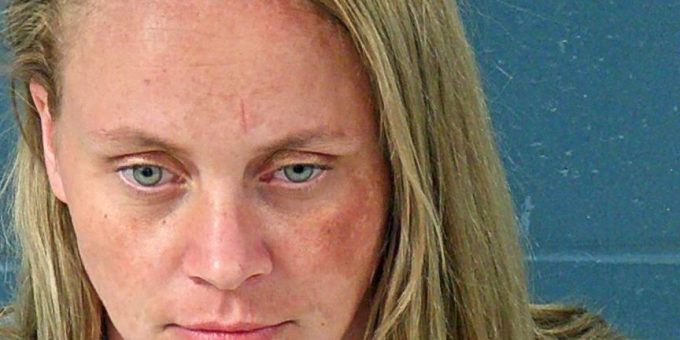 BEDFORD – A Mitchell woman was arrested after a warrant was issued for her arrest.

Police arrested 32-year-old Amber Wells on a charge of theft on Monday.

According to a probable cause affidavit, on March 10, 2022, at approximately 1:38 p.m. a woman came to the police station to report someone had stolen money from her bank account.

The woman told police she used a home healthcare service and on March 1, 2022, she received a new worker Amber Wells.

The woman had asked Wells to do her laundry at the laundromat on Lincoln Avenue and go to Walmart to pick up some groceries.

The woman gave Wells permission to use her debit card. Wells left the home around 12:30 p.m. and returned at 3:30 p.m.

The woman told police Wells was to return to her home to work on March 3, 2022, but failed to show up. The woman advised Alternative Home Healthcare and they could not contact Wells.

According to Hoosier Hills Credit Union, Wells was captured on camera at the Michael Avenue branch taking the $75 out of the victim’s account.

Police went to Wells’ home but no one was home. Later detectives received a call from Wells and an interview was set up for March 22, 2022. Walls never arrived for the interview. Police again attempted to contact Wells but were unable to do so.

A BMV check for vehicles registered under Wells’ name was performed and it returned with a passenger car matching the one in the Hoosier Hills video.