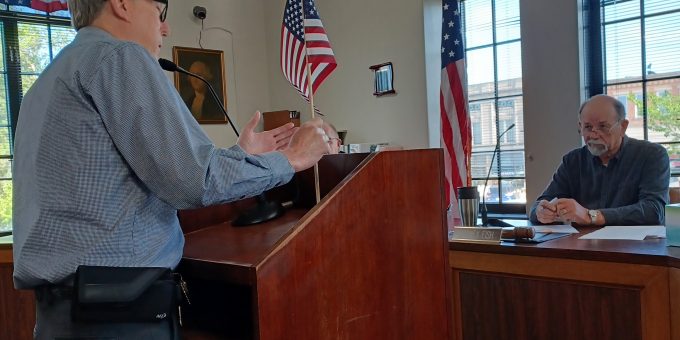 BEDFORD – Lawrence County Veterans Affairs Officer Brad Bough is inviting the public to honor the more than 1,000 local veterans and those that lost their lives serving their country on Memorial Day, Monday, May 30th at 10 a.m.

The American Legion will be present along with Post Commander Dave Smith.

“We are currently approaching some area schools to have performances by students,” added Bough.

The commissioners also granted Bough permission to purchase small flags to be placed on the graves of veterans in Lawrence County.

“We are human and sometimes miss a grave or were unaware of a veteran passing,” said Bough. “I want these on hand so if anyone needs a flag for a grave they are available.”

If a grave is missed the public can contact Bough at his office on the lower level of the courthouse or call 812- 275-6411.