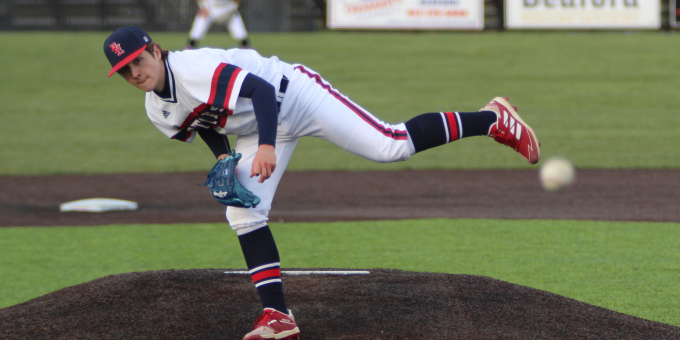 Borkhardt’s blast ended a sensational pitching performance by BNL’s Walker Ward, who allowed only three hits during the first seven innings. But a hit batter and an error set up East’s scoring chance, and Borkhardt clubbed his homer to right field to end the suspense.

“It was a good game,” BNL coach Jeff Callahan said. “As we’ve said before, in tight games a team is going to get a couple of opportunities to score. We had a couple of chances to drive in runs, but they got the big two-out hit, and that cost us again tonight.”

East hurlers Will Boyer and Rolan Ryan (when earned the win with three innings of relief work) kept the Stars (6-6) at bay, allowing only five hits. BNL had two hits in the first (Grant Dalton and Jonny Stone), two runners on (Kylar Fisher single and Kaedyn Bennett walk) with two outs in the fourth, runners on second and third with one out in the fifth, runners on first and third in the seventh.

The Olympians escaped those jams and rallied in the eighth. With one out, Harry Major singled, Will Rieckers was hit by a pitch, and Josh Luedeke reached on an error. After Ward struck out Alex McComb (Ward’s eighth of the night) for the second out, Borkhardt smacked his home run.

“Walker pitched lights out,” Callahan said. “I was so proud of him, he just battled, and that was good to see. He wanted the ball again in the eighth. He had pitched great, and we sent him back out there. He just left a fastball up.

“Our defense needs two shore up and we need to get key hits to win some games.”

Dalton had two hits for the Stars, who stranded eight runners.

BNL will host Barr-Reeve on Wednesday.