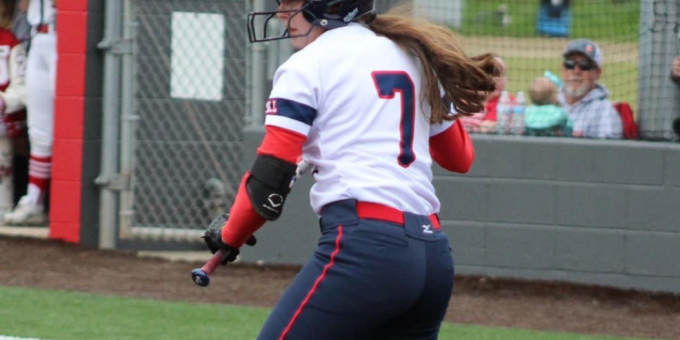 Kern and Ava Ratliff launched home runs, while Annie Waggoner and Aliza Jewell combined for the shutout, powering the No.5 Stars to their 12th consecutive victory. BNL scored twice in the first, four in the second, then triggered the mercy-rule conclusion with the late eruption.

“That’s a pretty good night,” BNL coach Brad Gilbert said. “The girls came out ready to go, put some runs on the board to take the lead, hit the ball really well. We’ll take that. It was nice to see Carlee hit the ball well. We hit the ball hard. It was very exciting to see the girls have confidence and hit the ball.”

BNL got started in the first on Waggoner’s single, Braxton McCauley’s RBI double to center, and Jewell’s hard single. In the second, Maddy Bennett doubled and Carsyn Alvey singled her home. After Lauryn Anderson reached on an infield single, Ratliff crushed her state-leading 13th home run for a 6-0 advantage.

The walls caved in on the Wildcats in the fifth. The big hits came from Alvey (RBI double), McKaylin Turner (RBI single), Ratliff (two-run single) and Kern (the grand slam to center).

Bennett was 3 for 3, Ratliff had three hits and 5 RBIs, Kern had two hits and drove in four. The Stars pounded out 18 hits.

Waggoner worked the first two innings in the circle and didn’t allow a hit, while Jewell pitched the final three and gave up only three hits (all singles).

“They threw strikes, kept them off balance, and the defense made plays,” Gilbert said. “It was a solid performance all the way around. It was nice to get a well-rounded win again a solid team.”