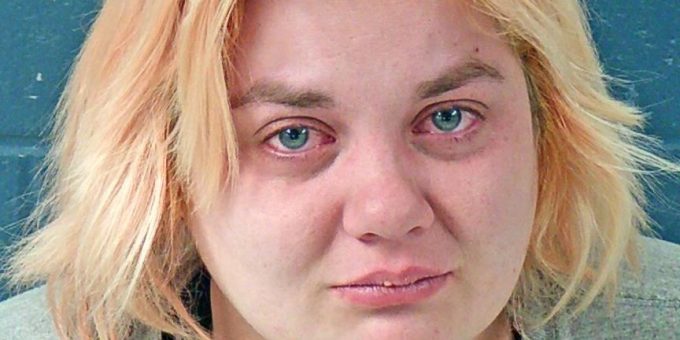 BEDFORD  – A Bedford woman was arrested Wednesday when a warrant was issued for her arrest after an incident on March 26, 2022.

According to a probable cause affidavit, on March 26th Bedford Police officers were called to the Bedford Public Library at 12:35 p.m. after a caller reported that she was beng followed by a woman in a gold Chrysler 200 trying to fight her.

The caller said Walton was traveling west in the alley toward L street.

When police arrived they found a small group of people in the empty parking lot on the south side of the library.

One of the females was visibly upset and had redness to her face and a cut on the right side of her face.

Police spoke with everyone in the group. They told police Walton had taken the kids and was headed to Chicago.

The victim told police Walton had blocked her vehicle in the parking lot and attacked her.

An ambulance was requested to the scene to evaluate the female victim’s injuries.

The information was forwarded to the Lawrence County Prosecutor’s Office and a warrant was issued for Walton’s arrest.