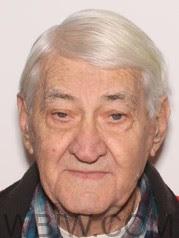 WASHINGTON CO. – Indiana Conservation Officers are investigating the body of Harold L. Wilson, 89, of Seymour after he was discovered by fishermen outside of Little York in Washington County Thursday.

The fishermen saw Wilson’s body along a small tributary adjoining the Muscatatuck River, and Wilson’s car was found a short distance away, near State Road 39.

An autopsy is scheduled for later today to determine cause of death. No foul play is suspected at this time.