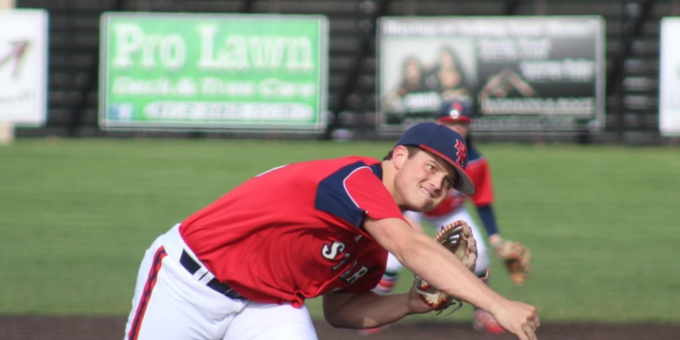 For the fourth time this season, the Stars saved their best for last, erupting for five runs in the bottom of the sixth inning to conquer North Daviess 7-3 on Thursday afternoon. Jonny Stone drove in the go-ahead run with a key hit, breaking a 2-2 deadlock and setting the tone for more.

BNL (6-4) was quiet offensively until the last look at North Daviess hurler Zach Stoll. Will Adams opened the sixth with a single, and Cal Gates dropped a bunt that was misplayed as the runners raced to second and third. Ryker Hughes walked to load the bases.

Stone smashed a single to left to give BNL the lead, and Carter Bennett followed with a two-run double to left. Maddox Ray made it 6-2 with a sacrifice fly, and Trace Rynders plated the last run with a RBI single.

“This group is doing a good job of working hard, as far as the approach,” BNL coach Jeff Callahan said. “And we got a lot better with that late in the game. We got some space between us and North Daviess.”

Kline Woodward earned the win, working six innings and striking out 8 while allowing only two hits. The Cougars got their runs in the second. With two outs, Colin Kemp singled, Elliott Park walked, both runners advanced on a wild pitch, and Landon Swartzentruber chased them home with a soft single to right.

BNL scored in the first as Gates walked, stole second, reached third on a wild pitch and scored on the back end of a double steal with Ryker Hughes. In the third, the Stars drew even at 2-2 when Stone singled and pinch-runner Carter Bennett later scored when Ray reached on an error. North Daviess scored a run against BNL reliever Walker Ward in the seventh.

“Kline pitched really well,” Callahan said. “He had a rough second inning, then kind of settled down and struck out three (on 10 pitches) in the third. He did a god job of battling. He just competed and allowed us the opportunity to score runs in the sixth.”

Stone and Bennett both had two hits for the Stars.

BNL will visit Jeffersonville on Friday.