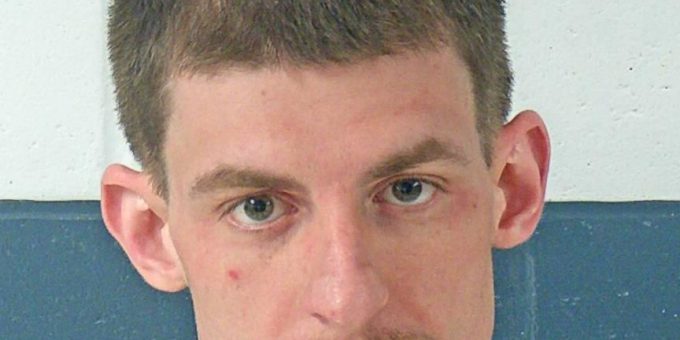 BEDFORD – A Bedford man was arrested Sunday after a Bedford Police officer stopped his vehicle after noticing it did not have a license plate and the driver made several traffic violations to include not using his turn signal.

The driver Emily Schmidt and her passenger 25-year-old Ryan Lane were stopped in the Dairyland gas station parking lot.

Both denied there was anything illegal in the vehicle, however during a search of the vehicle officers found crystal meth in a cigarette pack.

Lane told police someone else must have put the meth in the vehicle because he preferred to use heroin.

Officers detained Lane on a charge of possession of meth. Schmidt was released from the scene after she was given a verbal warning for the traffic violations.