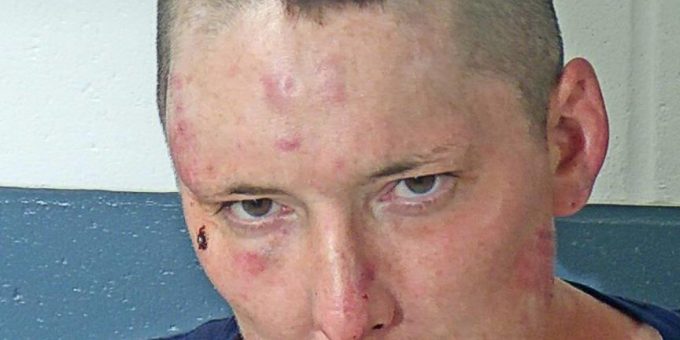 BEDFORD – A Bedford man was arrested early Friday when a Bedford Police officer witnessed a silver Cadillac traveling north on Lincoln Avenue cross the double yellow centerline. The officer followed the vehicle on to John Williams Boulevard where the driver continued to weave the vehicle back and forth within its lane.

The officer activated his overhead lights and stopped the driver Nicole Tomlinson at the intersection of John Williams Boulevard and T Street.

While the vehicle was still moving, the passenger door opened, 41-year-old Derrick Hendrickson jumped out, put up his hood and ran north.

The officer yelled at Hendrickson to stop but he continued to run through the parking lot of Bedford Machine & Tool Inc. on John Williams Boulevard.

Officers continued to wrestle with Hendrickson until they were able to forcibly place both his hands behind his back and was finally taken into custody.

Once Hendrickson was in custody,  Officers located a used syringe amongst his property that was spilled on the ground. The syringe tested positive for meth and fentanyl.

Officers searched Tomlinson’s vehicle and found no drugs. She was given a verbal warning for her driving and released from the scene.