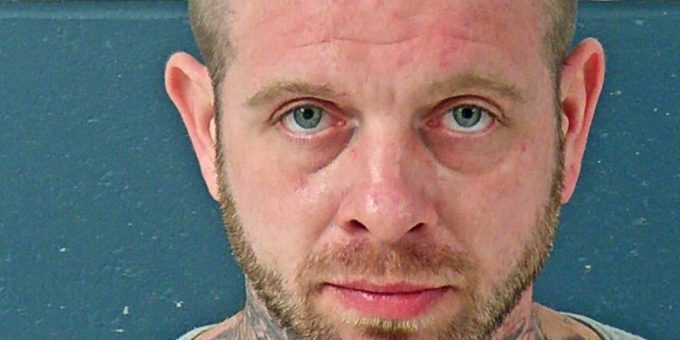 BEDFORD – A Palmira, Indiana man was arrested when a Bedford Police officer was called to Transitions on G Street Friday at 3:17 p.m. after a report of a suspicious male driving a Honda Civic circling the area.

When the officer arrived they were told 38-year-old Adam Ater was the driver of the vehicle and he could be wanted on an outstanding warrant. The officer located the vehicle parked behind the Bedford First Wesleyan Church on H Street.

The officer stopped and spoke to Ater. After he exited the vehicle officers romoved several knives off Ater.

Bedford Police Dispatch confirmed that Ater was wanted on a parole warrant and he would be extradited. He was then detained.

The Honda Civic was towed due to being parked on private property. During an inventory of the vehicle, a syringe was seen partially sticking out of a purse in the front passenger’s-seat.

The syringe was later field tested and yielded a positive result for the presence of methamphetamine.