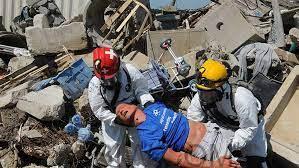 Muscatatuck will simulate a community hit by a disaster and debris including destroyed cars and old mobile homes will be deployed about the base, blocking roads to create the simulated disaster area.

There will be an increase of traffic in the area, both on local roads and in the air. You could see delays of 10-15 minutes with large convoys of vehicles or troops moving in the area.

The exercise will last through May 14th.