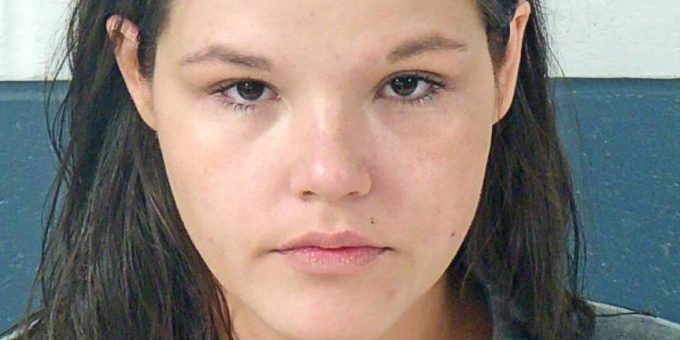 BEDFORD – A Harrodsburg woman was arrested when a Bedford Police officer stopped her after he spotted her driving a vehicle at 16th and H streets and knew her driver’s license was suspended.

After confirming that 29-year-old Jacy Taylor’s license was suspended he stopped her vehicle at the interaction of 14th and K streets in the parking lot of the Bedford Public Library.

Taylor told the officer she was driving because she had an appointment at the probation department.

While speaking with Taylor the officer saw a cut straw in the center console under the stereo.  The straw is commonly used to ingest narcotics.

The officer asked for consent to search the vehicle and after a long pause, she stated “I’d rather you not”. At this point, the officer requested a K9 unit.

Taylor was then issued a citation for fictitious registration and for driving while her driver’s license was suspended with a prior conviction.

The canine arrived on the scene and alerted officers to drugs in the vehicle.

The officers retrieved the straw which contained meth residue. They also found a ziplock baggie that contained crystal meth.

As an officer attempted to detain Taylor and place her in handcuffs she took off running through the parking lot and across 14th Street. The officer was able to take Taylor to the ground on 14th Street. She then began to tense up her left arm and continue to pull away from the officer. She was finally detained and transported to jail on charges of possession of meth, resisting arrest, and possession of drug paraphernalia.