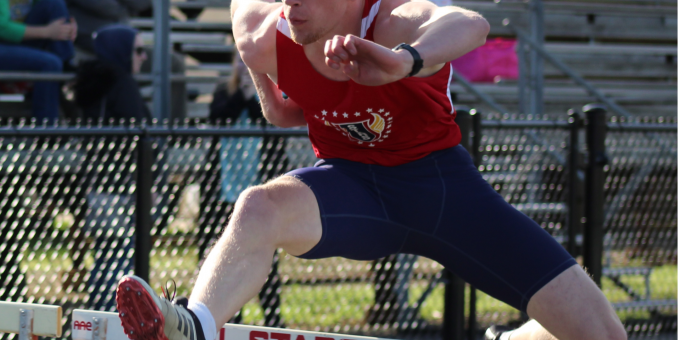 BEDFORD – Spurred by a surprising performance from an unanticipated source and the expected dominance from the usual suspects, Bedford North Lawrence recorded wins over Springs Valley and Eastern Greene on Thursday afternoon.

With Billy Cline roaring to a victory in the 400-meter dash and anchoring the winning 1600 relay, the Stars posted 78 points to clip the Blackhawks (70) and Thunderbirds (19) in the boys meet. Eastern won the girls meet with 74 points, followed by BNL (60) and Valley (30).

“The surprise of the meet for me was Billy,” BNL coach Brett Deckard said. “He has really just started running great. Noah and Zane continued their dominance in the hurdles, and Coleton Sears in the long jump (second at 19-6 3/4) was a great surprise.”

BNL’s other win came from Frank Decker (8-6 in the pole vault).

“Almost in every event, our girls improve their times, distances and heights,” BNL coach Jim Lewis said. ”I’m very pleased with their effort and look forward to continued improvement.”

The Stars will host Edgewood on Tuesday.