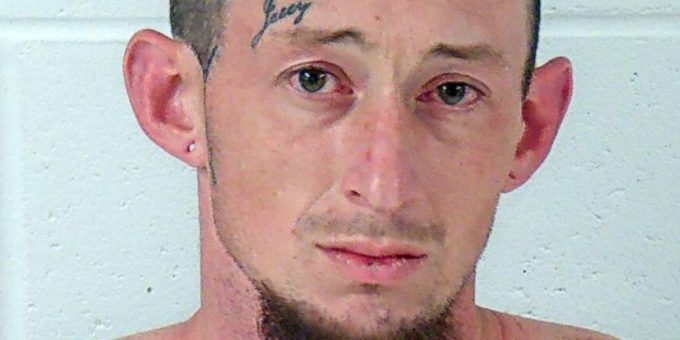 BEDFORD – A Mitchell man was arrested on a warrant after an incident that occurred in March.

According to a probable cause affidavit, a Bedford Police officer was called to the 1010 block of 17th Street in reference to a trespass call.

A woman told police she saw 29-year-old Samuel Payton running from her home and getting into a silver Saturn. The caller said she had been in a relationship with Payton and they had recently broken up. She also informed the officer that there was a no-trespass order in place against Payton. She then told the officer that Payton was texting her and she believed he was parking in the Moose parking lot and should arrive at that location soon.

The woman told police Payton would sit behind her residence and watch it and also move a ladder from her porch to her bedroom window and would knock on her window at night. The officer told the woman to try to obtain video or photographs of Payton on the property if it happened again and that he would request a warrant for Payton’s arrest.

The officer was unable to locate Payton.

Then on March 13th at approximately 9:24 a.m. police were called back to the woman’s home on 17th Street because Payton again was violating the trespass order.

The woman told the officer she was sitting in the living room with her friends and received several texts from Payton. One text message said, “Back door”.  Moments later Payton came through the back door and entered the bedroom.  She went into the bedroom and told Payton to leave and that she was calling the police. Payton left the home but was cursing at the woman as he left.