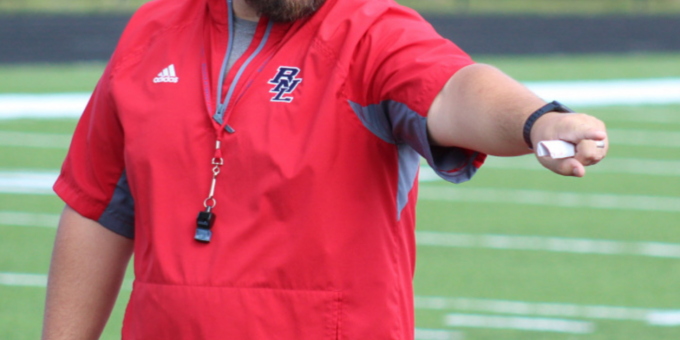 BEDFORD – Bedford North Lawrence has dropped down to Class 4A in football for the next two seasons following the release of new enrollment figures by the Indiana High School Athletic Association.

BNL competed in 5A Sectional 16 (as the smallest school, not counting schools shifted up because of success factor, in that class with 1,471 students) last season but shifted down because of a decrease in enrollment figures. BNL’s total enrollment is now 1,397 in four grades, making it the seventh-largest 4A team among the 64 in the class.

The IHSAA sectional assignments will be released in May. The Stars will likely be grouped with teams from central Indiana (East Central, Greenwood, Jennings County, Madison, Martinsville, Mooresville, Silver Creek and South Dearborn comprised Sectional 23 the last two years) or with teams from the Evansville area (which included Central, Reitz, Memorial, Harrison, Jasper, Boonville and Northview in Sectional 24).

With Madison and South Dearborn moving down to 3A, and with Evansville Bosse jumping up to 4A to make the Evansville area an 8-team field, the most likely scenario would be BNL and Edgewood joining Sectional 23.

”We knew it would probably happen,” BNL coach Derrick Barker said. “The biggest thing is the excitement of a new sectional with different teams we haven’t seen, teams we don’t play every year.

“From a competition level, it will be as much of a challenge, if not more, with the teams we’ll have to go through now. At the end of the day, it’s still a tough sectional. We’ll see where we end up.”

The postseason shift will not directly affect the regular-season schedule, with BNL locked into the Hoosier Hills Conference for six games. The non-league opponents will include Martinsville, Bloomington North and Madison next season.

The Stars are scheduled to open the 2022 campaign against Martinsville on Aug. 19.