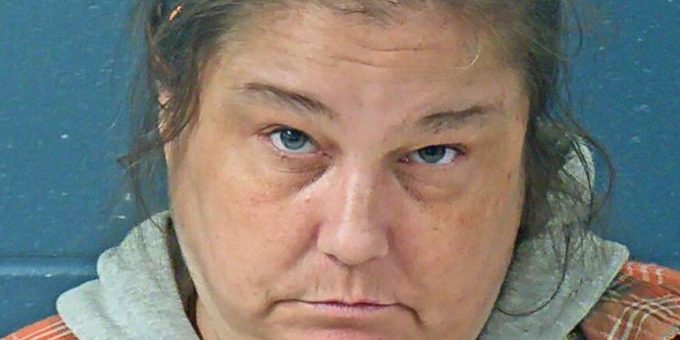 BEDFORD – On Tuesday, April 5th Lawrence County Central Dispatch Center received an “anonymous” call about a female wearing a red flannel and dark-colored sweatpants standing in the middle of the roadway at the intersection of Stonington and Magner roads.

Before the police arrived, dispatch received a second call reporting the female had taken her clothes off and spit on the caller.

The caller told police that her twin sons found 45-year-old Dara Hagemier, of Orleans, lying completely naked on her back in the middle of the roadway at the intersection of Stonington and Magner roads. Police noted that this intersection is dark with no street light and motorists would have a hard time seeing Hagemier laying in the roadway.

One of the males told Hagemier to move out of the roadway. She proceeded to tell the male she was going to “rape” him. The males went home and told their mother about the incident and she approached Hagemier.

When officers arrived they found Hagemier was clothed and in the middle of the roadway, walking towards a gravel driveway in the 4370 block of Stonington Road. The officer said she was dancing as she was walking and was unsteady on her feet.

The officer exited his vehicle and asked Hagemier to stop and come speak to him. When she spoke with him, she was speaking fast and making incoherent statements. The officer said it was apparent that she was under the influence of some type of controlled substance.

Hagemier attempted to go into a home and was detained by officers. She was arrested on charges of battery with bodily waste, and public intoxication.