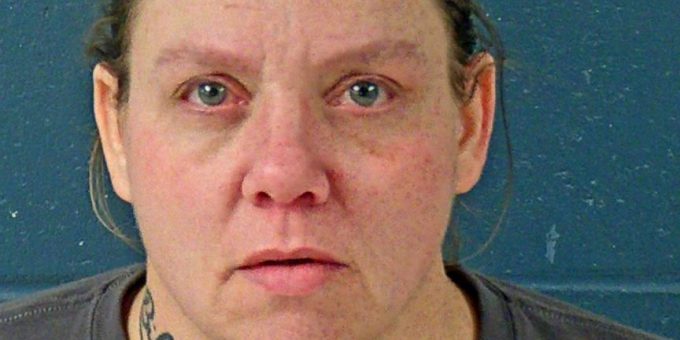 BEDFORD – A Campbellsburg woman was arrested Friday at 10:50 a.m. when Bedford Police officers were called to the 1820 block of 14th Street after a report of a suspicious woman walking around the area causing issues.

When police arrived at the home they found 42-year-old Brandywayne Melvin sitting on the sidewalk stairs wearing a pink backpack while carrying a cat and a pink blanket.

The woman told police her name was Brandy Allen and she was staying at the residence. She was waiting for a male to get home to allow her inside. The officer ran her information and discovered she was Brandywayne Melvin and was wanted on an outstanding warrant in Washington County.

The officer went back to the home and found Melvin standing inside the back door. She was detained on an outstanding warrant. She asked to get her backpack so she could get her money. No money or debit cards were found in the backpack. Instead, the officer discovered crystal meth inside a glass container, a vape pen containing marijuana, and a Clonazepam pill that she did not have a prescription for. Melvin was arrested on new charges of possession of meth, possession of a legend drug, possession of marijuana, and possession of drug paraphernalia.