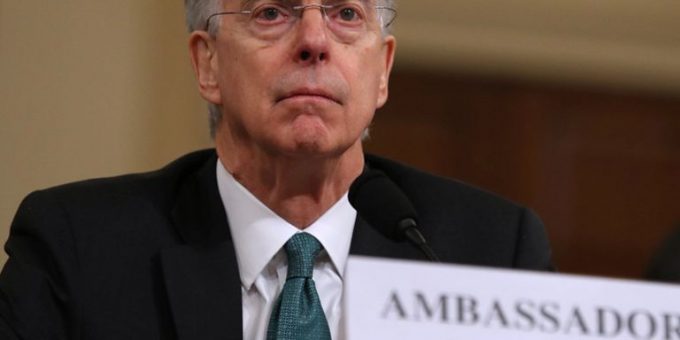 BLOOMINGTON – William B. Taylor Jr., former ambassador to Ukraine, will participate in a conversation about Russia’s attack on Ukraine at the seventh annual America’s Role in the World Conference at Indiana University Bloomington. The conference is hosted by the IU Hamilton Lugar School of Global and International Studies.

Lee A. Feinstein, former ambassador to Poland and founding dean of the Hamilton Lugar School at IU Bloomington, will moderate the discussion with Taylor, who will be introduced by IU President Pamela Whitten. The conference takes place on April 6 and 7 in the Global and International Studies Building’s Shreve Auditorium. Registration to attend is free.

Along with the war in Ukraine, conference topics will include the state of media freedom, international development, and the importance of language learning. State leaders will also discuss the local impacts of these global issues.

The conference is an annual nonpartisan event that brings diplomats, journalists, politicians, and scholars to IU for academic discourse on timely topics in global affairs. Registrants may visit the event page for the full list of sessions as well as Livestream coverage.