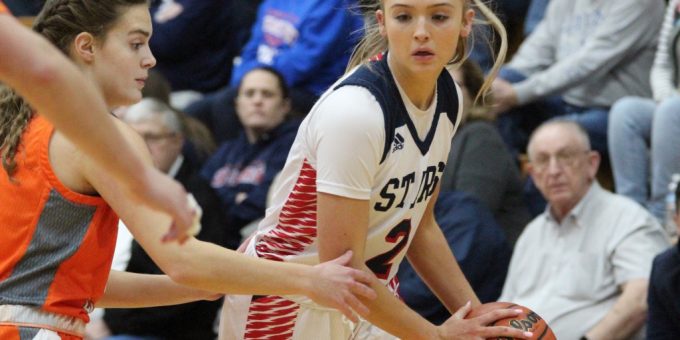 BEDFORD – Bedford North Lawrence has been selected to compete in the 2022 Hall of Fame Classic in New Castle.

The Stars will face Mishawaka Marian in the first game on Dec. 29 at 11 a.m. Noblesville will face East Central in the second game, with the consolation game (6 p.m.) and championship (7:30) to follow that night.

BNL, coming off a 24-3 campaign and its 11th straight sectional title, has previously won the Hall of Fame in 1990 and 2013, one of four programs to win two titles in the prestigious event. BNL will be competing in the event for the fifth time. Mishawaka Marian went 20-6 last season and will feature guard Nevaeh Foster (19.5 points) and Makaya Porter (19.0 and named an Indiana Junior All-Star). The Knights will be making their first appearance in the Hall of Fame.

”It’s an honor to be asked back,” BNL coach Jeff Allen said. “We’re excited. Out of all the great programs in the state, this solidifies how we do things and the success we’ve had over the years, to be asked back to a prestigious tournament.

“It’s a great event, typically four outstanding teams, and it’s a great format to prepare for the postseason. It’s a great experience. These kids haven’t gotten to do that yet, and it will be special. It will be exciting and fun for us.”

BNL will return four starters from last season, including Junior All-Star Karsyn Norman (15.0 points) and Chloe Spreen (16.2 points and one of the top Div. I recruiting targets in the region). Allen, the Indiana All-Star coach in 2021, owns an impressive 179-37 record in eight seasons.

The boys Hall of Fame on Dec. 30 will include North Daviess vs. NorthWood and Ben Davis vs. Penn.