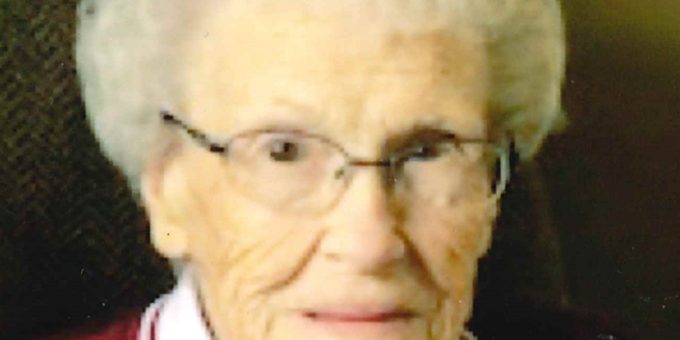 Born May 30, 1925, in Bedford, she was the daughter of Jeremiah and Maude (Bennett) Sego. She married George A. Gilstrap on December 16, 1944, and he preceded her in death on March 7, 2013, after 68 years of marriage. In her younger years, she worked at RCA and the Fashion Beauty Salon in Bloomington but quit her job to stay home and care for her father-in-law.

Funeral services will be conducted at 2:00 p.m. on Saturday, April 2nd in the Elmwood Chapel of the Day & Carter Mortuary with Pastor Steve Jones officiating. Burial will follow in Cresthaven Memory Gardens.

Visitation will be from 10:00 a.m. until the hour of service on Saturday at the Day & Carter Mortuary. Memorial contributions may be made to St. Jude Children’s Hospital, Mitchell Wesleyan Church, or Lawrence County Cancer Patient Services.