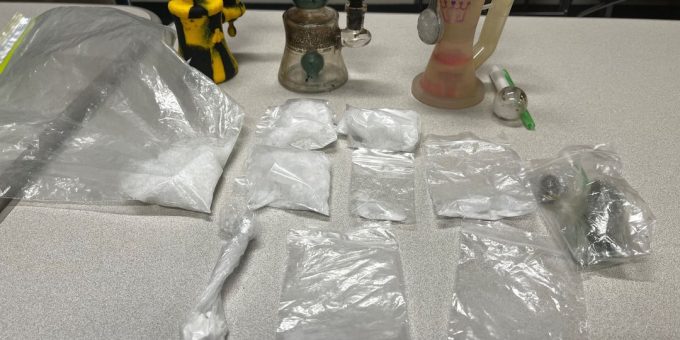 SCOTTSBURG – Three individuals were arrested on various charges including dealing in methamphetamine following a late-night investigation by Sellersburg Troopers.

Just before midnight on March 24th, Troopers Kyle Taylor and Mackenzie Benham, along with Scottsburg City Officers Troy Ford and Cody Newsome arrived at a 2nd Street address in Scottsburg to locate 36-year-old Morgan Richey, who was wanted on a warrant for Dealing in Methamphetamine. Upon arrival, the officers located Richey along with Lisa Spaulding (50) of New Albany and Kane Hernandez (25) of Fishers Indiana. After detaining Richey, Trooper Taylor observed approximately 120 grams of methamphetamine in the living room in plain view.

As the investigation continued, officers located approximately 12 grams of methamphetamine and 3.5 grams of cocaine on Lisa Spalding. It was also discovered that Hernandez had an active warrant for strangulation out of Madison County, Indiana.

All three were arrested and transported to the Scott County Jail without further incident. The charges for each are listed below.