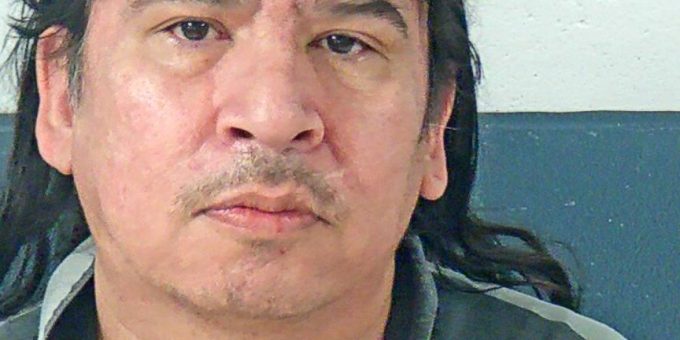 BEDFORD – A Bedford man was arrested Monday when Bedford Police officers were requested to the 2200 block of 34th Street after a report of a domestic dispute involving a battery.

When police arrived the female victim told officers the involved male, 48-year-old Frank Thunderhawk, was inside the home.

Police say the woman suffered abrasions and redness on her face and neck. She told police Thunderhawk had struck her and choked her and she wanted to file charges.

Officers entered the home and detained Thunderhawk on charges of domestic battery and strangulation.

Thunderhawk refused to speak to officers.

The woman reported to police that she and Thunderhawk had been in a verbal argument and that she went to bed to escape the argument. However, when she got up the argument continued. During the argument Thunderhawk called her names. She reported to get him to stop calling her names, she put her hands on his shoulders. This action “infuriated him” and he grabbed her by the throat, choked her and pushed her into a door. At this point, she stated she began to feel like she was going to blackout and went to the floor. Thunderhawk then put his knee in her chest and continued to choke her. She attempted to fight back until he struck her in the face with his left fist.

The female was transported to the hospital by an IU LifeLine ambulance for treatment.