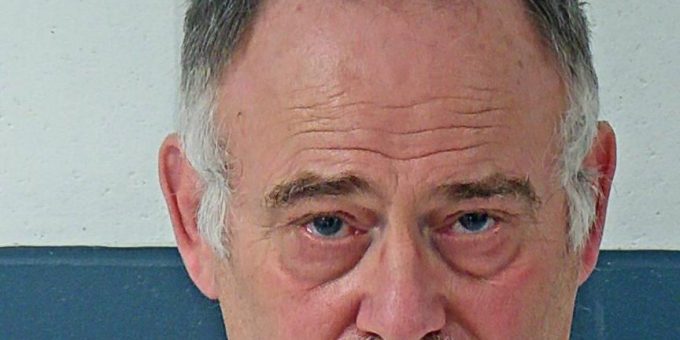 MITCHELL – On March 8th, Police arrested 60-year-old Sean Hawk on charges of intimidation and criminal mischief after a warrant was issued for his arrest.

A Lehigh employee flagged down a Lawrence County Sheriff’s Department deputy when Sean Hawk had been following him in a red truck near Meridian Road. The employee informed the officer that Hawk had been making verbal threats and had thrown a large bone at one of the trucks, damaging the vehicle,

When officer’s spoke with Hawk, he was displeased that trucks were leaving mud on Meridian Road as they frequently traveled that roadway instead of the Doc Hamilton Boulevard that was intended for this type of travel.

Even though the Lehigh employee said that a sweeper truck had just gone through the area, when Hawk was informed by the officer that Meridian Road is a county road that can be used by anyone, Hawk became very unpleasant and left the area to return to his residence.

The information was forwarded to the Lawrence County Sheriff’s Department and a warrant was requested for Hawk’s arrest on charges of criminal mischief and intimidation.