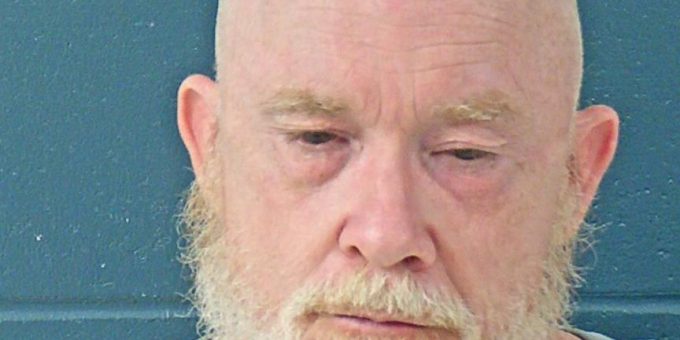 MITCHELL – Roger Walls Jr., of Bedford,  was arrested Thursday after a Mitchell Police officer saw him standing outside of the Heartbreak Hotel on South 5th Street.

Walls was wanted on a warrant for petition to revoke on a possession of meth charge.

After spotting the officer, Walls attempted to evade the police by fleeing.

Walls eventually complied with the officer’s orders and was placed in handcuffs.

When asked why he ran, Walls replied, he didn’t want to go to jail. In Wall’s pocket, police found a glass smoking device with meth residue and a pill bottle that contained marijuana and rolling papers.

Walls was allowed to smoke two cigarettes and drink a bottle of water before being transported to the Lawrence County Jail on charges of possession of meth, possession of marijuana and drug paraphernalia, and resisting arrest.