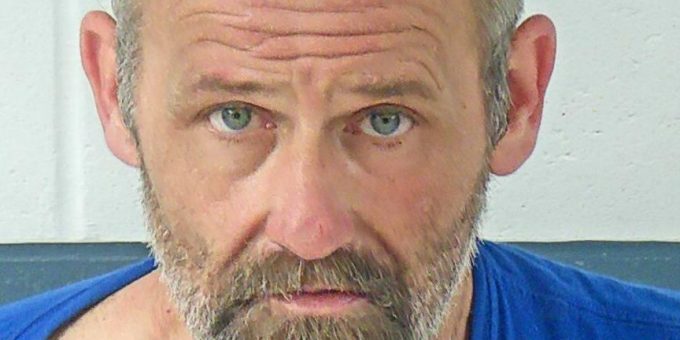 BEDFORD – An Ellettsville man was arrested by Lawrence County Sheriff’s Department when deputies were called to Speedway after a report of an unconscious man in the driver’s seat of a vehicle. The caller had attempted to wake the male but was unsuccessful and could not tell if the man was breathing or not.

When officers arrived they found 47-year-old John Mindach unconscious, leaning over with his face in the steering wheel.

A deputy opened the driver’s side door and called out to Mindach twice in an attempt to wake him. He did not wake, so the officer shook his left arm until he woke up. When Mindach woke up, he was startled. He jumped in his seat, and grabbed the steering wheel with both hands, then looked at the deputy.

Mindach was asked what he was doing and he said “nothing”. The deputy then asked Mindach to shut off the vehicle. Mindach was then asked how long he had been at the station and he replied  5 to 10 minutes and he had fallen asleep in the vehicle because he was tired. Mindach told the deputy he was coming from a friend’s home and was returning to Bloomington.

Officers believed Mindach was under the influence. He was checked out by EMS who arrived on the scene but refused treatment.

Mindach told deputies he had nothing illegal on his person or in the vehicle, however, he refused to allow deputies to search his vehicle. Mindach failed several field sobriety tests.

A canine was called to the scene and alerted officers to possible drugs in the vehicle.