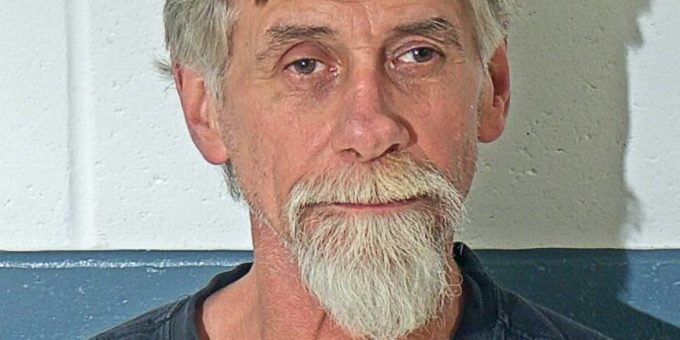 MITCHELL – A Mitchell man was arrested late Tuesday night after Mitchell Police Department officers responded to a report of a domestic fight in the 1180 block of South 9th Street.

According to police when they arrived at the home they saw several people inside the home including Smith who was standing in the doorway. A small child was also present.

Officers asked Smith to step outside so they could speak to him. While one officer was speaking to Smith, another officer went inside to speak to the residents inside the home.

A female reported that Smith had “put his hands on her and her mom”. The woman told the officer that Smith had been drinking and had downed half a bottle of Fireball Whiskey.

Smith began yelling profanities at the woman and then grabbed both of her arms causing a scratch on her right arm.

The other woman told police she and Smith were in a relationship. She said the two were in a verbal argument and then the argument “got more aggressive”. The woman said Smith attempted to grab a cigarette out of her mouth and struck her in the nose when he did.

He told the woman he was going to have the “outlaw motorcycle club come over and take care of her”.

Both women wished to pursue charges.

Police say Smith was intoxicated and blew a 0.144 percent on a portable breathalyzer.

Smith denied touching either woman or having anything to drink. Smith was detained and transported to the Lawrence County Jail. While being transported Smith said he would “put a bullet in all of them”.