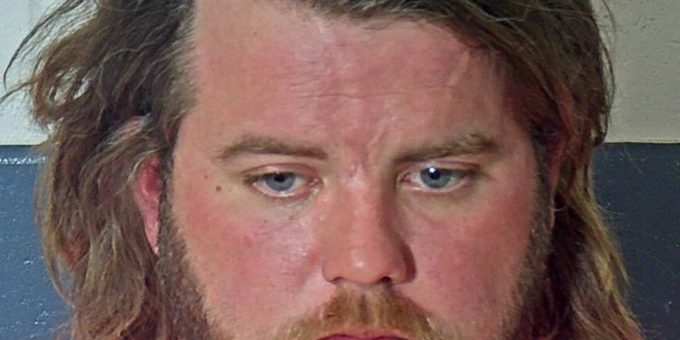 SPRINGVILLE – Police arrested 30-year-old Kyle Goble, on charges of theft, criminal mischief, residential entry, and burglary after he allegedly broke into a camper in the 10 block of Lilly Lane in Springville.

On March 5, 2020, a woman called the Lawrence County Sheriff’s Department at 1:04 a.m. to report the windows on her camper had been broken.

When police arrived they found a maroon GMC pickup with the dome light on. There were two mobile homes on the property and the camper was parked between the two homes.

In the yard were the caller and Kyle Goble. Goble was the owner of one of the mobile homes.

The officer then asked Goble if he had been in his truck and Goble said yes. He had been in and out of his mobile home “doing stuff”.

Goble told the officer he never went inside the camper.

When the officer and owner entered the camper they found her medication was scattered through the camper. She also found her Smith & Wesson 40 caliber pistol was missing.

Officers then took fingerprints and a footprint from the TV stand. Goble heard the officers talking and then quickly went back inside his mobile home. When he came back outside he was wearing different shoes.

One of the officers on the scene noticed that Goble had blood and cuts on his hands. Officers also found a shovel next to the camper that had glass stuck on the back of the shovelhead.

Officers requested to take photos of Goble’s hands. He then gave officers consent to search his vehicle.

While searching the vehicle, the officer found an Artic brand lunch box on the passenger seat floorboard. Inside the lunch box was the missing handgun.

Goble was arrested. Goble stuck to his story that he heard something break and that someone else has stashed the stolen handgun in his truck.

“I don’t know who did that, I did not break into my neighbor’s house,  that’s the stupidest thing in the world,” he told the officer.

When asked how he got blood and cuts on his hands he said he touched the broken glass on the side of the window when looking inside.

Goble stated, ” I don’t even like guns. I have a shotgun and pellet gun.”