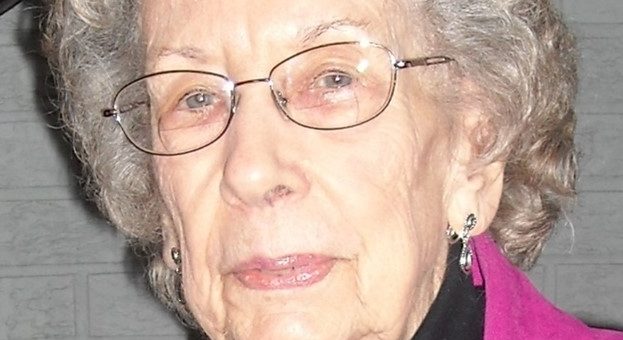 Kathryn S. Wilson, 98, of Indianapolis, formerly of Bedford, passed away at 6:00 am on Wednesday, March 2, 2022, at the Greenwood Health and Living Community in Greenwood.

Born January 8, 1924, in Lawrence Co., she was the daughter of Stanley and Lottie (Harp) Spoonmore. She married Donald R. Wilson on September 10, 1946, and he preceded her in death on January 6, 1998. She had been a volunteer at Dunn Memorial Hospital and had worked for several years as a receptionist for dentists in Bloomington and Dalton, GA. She was a member of the Heartland Church of Christ in Greenwood. She graduated from Springville High School in 1942. She enjoyed her church, traveling, talking to her friends on Facebook, taking mission trips to Jamaica, and being with her family and friends.

Survivors include a brother, Carl Spoonmore, of Springville; two sons, Ken Wilson (Linda), of Indianapolis and Mark Wilson (Julie), of Temple, GA; a daughter-in-law, Janice Wilson, of Hephzibah, GA; 7 grandchildren and 12 great-grandchildren. She was preceded in death by her parents, her husband, a son, Ron; sisters, Fern Bolton and Nellie Clements; a brother, Paul Spoonmore.

The family requests that attendees wear masks. In lieu of flowers, memorial contributions may be made to the Judah Church of Christ.