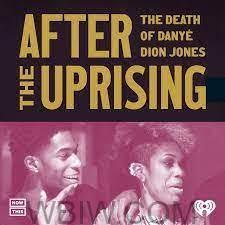 BLOOMINGTON – A podcast that four Media School students interned in was nominated for an NAACP Image Award in the Outstanding News and Information Podcast category. However, the podcast did not win the award Blindspot: Tulsa Burning took the title. In six episodes, Blindspot: Tulsa Burning tells the story of a thriving neighborhood that attackers set on fire and the scars that remain 100 years later.

The podcast, “After the Uprising: The Death of Danyé Dion Jones,” explores the case of a Ferguson activist, who was found dead on Oct. 17, 2018, in St. Louis County, Missouri. The police ruled his death a suicide, but his mother, fellow activist Melissa McKinnies, believes he was lynched.

Co-creator of the podcast Ray Nowosielski said the nomination meant a lot to him because of the respect he has for the NAACP and the work it does.

“The NAACP Image Award is about as good as we could have hoped for in terms of recognition,” Nowosielski said.

Nowosielski said the podcast proved that at least one detective in the St. Louis County Police Department was operating with racial bias, and many local media outlets didn’t cover Jones’ case.

“Now people are going to hear more about this case when it was being ignored thanks to the NAACP,” Nowosielski said.

The interns played a variety of roles for the podcast.

Wilson, who transcribed the series’ episodes and worked as a fact-checker, said she was thankful for the opportunity this nomination gave to raise awareness for Jones’s case.

Lucas also transcribed episodes and worked to market the podcast to listeners. She said she was surprised and excited when she learned the podcast had been nominated for the NAACP Image Awards.

“The podcast is really the first major thing that I have done in my media career,” Lucas said. “I’m really excited to see how this works out.”

Lucas said that the nomination helped her see that all her hard work and the skills she gained in her internship are paying off.

“If it was able to get this type of recognition, that means it’s made some sort of impact and some sort of difference.”

Klezmer edited together four and a half hours of video content of Jones that Nowosielski used to gauge interest for a potential documentary series. Keenoy helped assemble the initial script for episode 11 of the podcast.