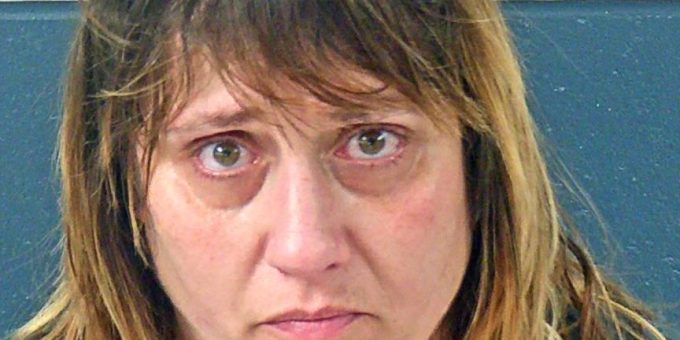 BEDFORD – A Bedford woman was arrested Friday after Bedford Police officers were called to a 3100 block of Illinois Street about a possible stolen vehicle.

The caller’s daughter took the blue Honda CRV without her permission.

Upon arrival, a woman told police her daughter 47-year-old Kena Sowder took her vehicle this morning to run errands but had not returned and would not answer her phone.

Officers then learned Sowder was wanted on warrants in both Clark and Washington counties.

The woman told police that Sowders did have a friend that lived in the 1300 block of K Street. Officers went to that location and found the vehicle parked in the parking lot at the library.

Officers found Sowder inside the library where she was detained on the warrants.

During a search of Sowder’s possessions, officers found a syringe,a cotton ball and a baggy containing crystal meth.