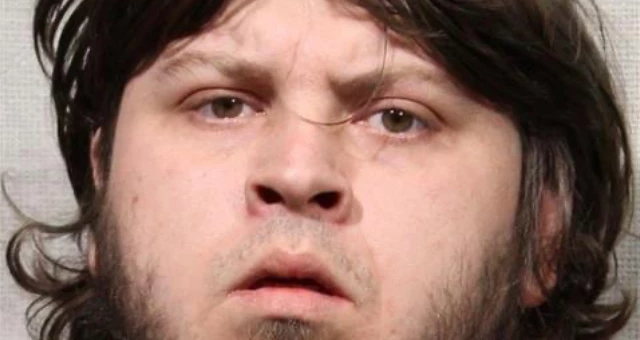 SEYMOUR – Dustin J. Jolly, 34, of Seymour was arrested Monday afternoon for violating the rules of the Indiana Sex Offender Registration. Jolly is classified by the Indiana Department of Corrections as an “Offender Against Children” and is required by law to register once a year with the Sheriff’s Department that has jurisdiction over his residence.

Jackson County Lieutenant Adam Nicholson oversees the Sex Offender registry in Jackson County and stated Jolly last registered in January of 2021. Nicholson sends letters out to Sex Offenders 1 month prior to their registry. The letter informs the offender to call and set up an appointment for their upcoming registry. Jolly didn’t call or make any attempt to set the appointment up.

Sex Offenders are also required to provide their phone number if they have one, so they can be contacted. Nicholson tried on multiple occasions to contact Jolly by phone but Jolly didn’t answer or return voice messages.

Officers attempted to locate Jolly at his registered address and were unsuccessful. A family member was able to contact Jolly and let him know he needed to contact the Sheriff’s Department. Jolly came to the Sheriff’s Department at 2:00 p.m. on Monday and was arrested on his arrival. Jolly was booked into the Jackson County Jail on the charge of Failure to Register as a Sex Offender a Level 6 Felony and is currently being held without bond.

Sheriff Rick Meyer said, “As I’ve said before, the sex offender registry is put in place for a good reason and should be taken seriously. My office will make sure sex offenders are looked after and doing what they are required. If a sex offender is in violation in Jackson County, they will be arrested.”