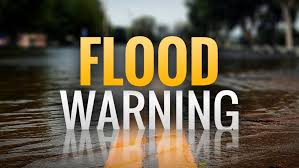 The Flood Watch is in effect through late tonight.

Rain amounts of one to two inches are possible by the end of today.

Excessive runoff may result in flooding of rivers, creeks, streams, and other low-lying and flood-prone locations.

Area creeks and streams are running high and could flood with more heavy rain.