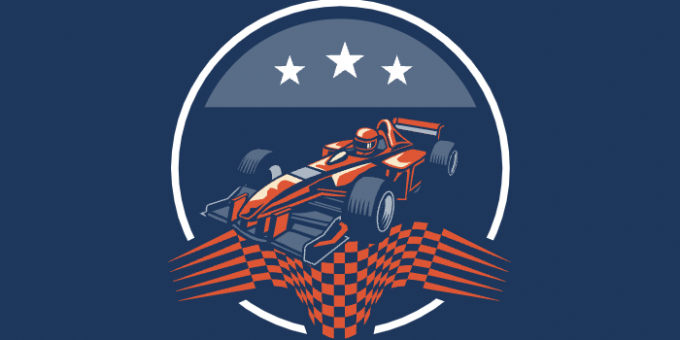 INDIANA – From all kinds of flora and fauna, stars, a peace pipe, and even a Union Jack, each state in America has its own symbol to represent its history and contribution to the nation. Indeed, ‘Old Glory’ represents the country’s collective history and present – the 50 stars represent the 50 states and there are 13 stripes representing the 13 original colonies.

Most of these flags were created hundreds of years ago – some were a result of contests, while others were drafted through as a legislative process. But are these designs a modern reflection of what each state is known for today, given the centuries that have passed? New York, for example, often prides itself in its flashing Broadway performances, as well as hard-to-miss yellow taxis and of course, the Empire State Building, whereas the current state flag is not a representation of modern-day NY (it features a central coat of arms with a sun symbol, mountain, and ocean, supported by ladies Liberty and Justice on either side). Likewise, Maine nowadays is well known for its prized lobster trade; West Virginia for its country roads, and Kansas is associated with The Wizard of Oz!

MOJOMOX.com, an online brand designing site, conducted a poll of 3,236Americans across each state, asking them one question:

If your state flag was to be redesigned, how would you like it to look?

While some of the results of the poll were quite predictable (New Yorkers opted of the Statue of Liberty, and Pennsylvanians voted for their Liberty Bell), the research revealed some very interesting results, including:

In the Hoosier State, more than half (51%) of people said they thought if the state flag was rebranded, it should include a reference to the Indy 500 – the annual automobile race which is held in aptly-named Speedway, Indiana. The event is usually held over Memorial Day weekend and is considered one part of the Triple Crown of Motorsport, along with the 24 Hours of Le Mans and the Monaco Grand Prix.

Another almost 2 in 5 (29%) Hoosiers thought the flag should include a nod to Johnny Appleseed (or John Chapman), a pioneer who introduced apple trees to the land here, as well as other areas, like Ohio and Pennsylvania. He is buried on-site at Johnny Appleseed Park, a public park in Fort Wayne, Indiana.

And nearly 1 in 10 (8%) thought the Indiana flag rebrand should have something to do with geocaching: a recreational outdoor sport that requires participants to use a GPS device and other navigational techniques to essentially play a game of nature-inspired hide-and-seek!

Lastly, 2% of Hoosiers thought the hypothetical state flag rebrand should include an element to do with gasoline, considering the gas pump was created in Fort Wayne.

55% of Texans thought their state flag should be rebranded to reflect a more current perception of what their state is known for… NASA! The NASA Johnson Space Center – where spaceflight research, training, and flight control takes place – is located in the Clear Lake Area of Houston. It was even nicknamed ‘Space City’ back in 1967. Twenty percent of people thought the Texas flag should include oil rigs; considering the state is the leading producer of crude oil in the US. Fifteen percent thought it should include rodeos and 10% thought it should include a good old-fashioned Texas BBQ!

In Maine, 65% of people thought their state flag should be rebranded to include lighthouses. For centuries, more than 60 lighthouses in the Pine Tree State have stood the test of time along its 3,748-mile-long rocky coast.

Nearly half (48%) of Mississippians believed their flag should include a reference to blues music – after all, the Magnolia State is the birthplace of the blues! It’s also home of the well-known Robert Johnson crossroads, as well as the Mississippi Delta region: land of the Delta blues.

Interestingly, over 2 in 3 (67%) people in Delaware thought their state flag should feature something to do with their zero percent state and local sales tax. Along with Alaska, Montana, New Hampshire, and Oregon, the First State is part of just five American states that don’t impose sales taxes.

Almost half (42%) of Arkansans said they thought their hypothetical state flag rebrand should include something about the Natural State being home to the first woman elected to the US Senate: Hattie Caraway in 1932.

In Nevada, 38% of people thought their state flag should make reference to the fact that it was the first state to ratify the 15th amendment on March 1st, 1869, prohibiting racial exclusions in voting. However, on the note of entertainment, more than a quarter (27%) of Nevadans thought their flag should feature an element of Las Vegas high life. This could be something to do with gaming, gambling, and casinos, or the iconic Las Vegas Strip in all its glory, including luxury hotels, or even a replica of the Eiffel Tower!

Thirty-six percent of respondents in the Volunteer State thought their flag should include a reference to Davy Crockett, who was known as the “King of the Wild Frontier”. The politician, congressman, soldier, frontiersman, and prolific storyteller even has a TV miniseries, Davy Crockett, based on his life, which was produced in 1954 by none other than Walt Disney, and features the catchy tune ‘The Ballad of Davy Crockett’ by George Bruns.

Lastly, in the Aloha State, nearly half (43%) of people said the Hawaii flag should feature something to do with the Hula dance.