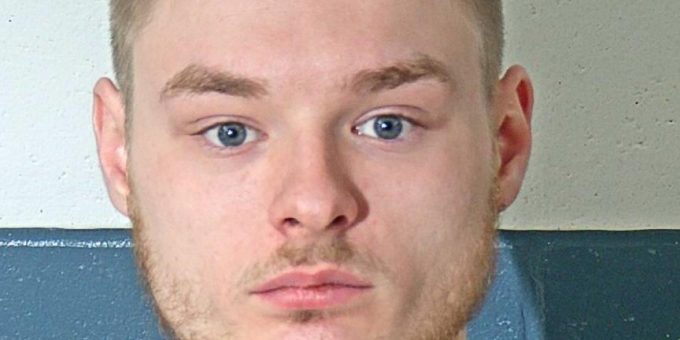 BEDFORD – A Bedford man was arrested Tuesday when Lawrence County Sheriff’s Department deputies were called to an apartment in the 620 block of Riley Boulevard after a report of a male attempting to break into the apartment.

A woman at the apartment told deputies her ex-boyfriend 22-year-old Justin Gilliland had been at the home and the two had argued and Gilliland had left on foot.

Deputies had responded to the apartment in the past on domestic dispute calls.

The deputies learned there was a valid protective order in place.

After leaving the apartment a deputy responded to the 250 block of White Lane to look for Gilliland. Officers located Gilliland at the home and he was detained on a charge of invasion of privacy.

Gilliland told police he was invited to the apartment via a text message from the female to see their children.

Gilliland was asked if he knew there was a protective order in place and he said he did.

Gilliland was then transported to jail.