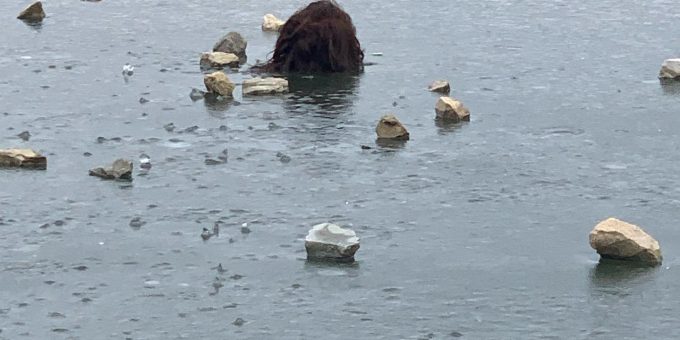 BLOOMINGTON – Firefighters never know what call they will be responding to when the alarm first sounds.

Thankfully, on Friday, Feb. 11 this call was not a serious one, but it still placed the lives of some firefighters in jeopardy.

Friday afternoon Station 21 was dispatched to the area of Lake Monroe Spillway after a report of a person’s head sticking out of the ice.

Upon their arrival, they immediately began rescue operations. Firefighters in ice suits crawled on the ice to make a rescue.

While making their way to the “victim,” rescuers realized the head had been severed from a clothing store mannequin and “had been tossed out on the ice.”

“You never know what type of call we might respond to,” the fire district’s Facebook post said. “Thankfully this one turned out to be nothing serious.”